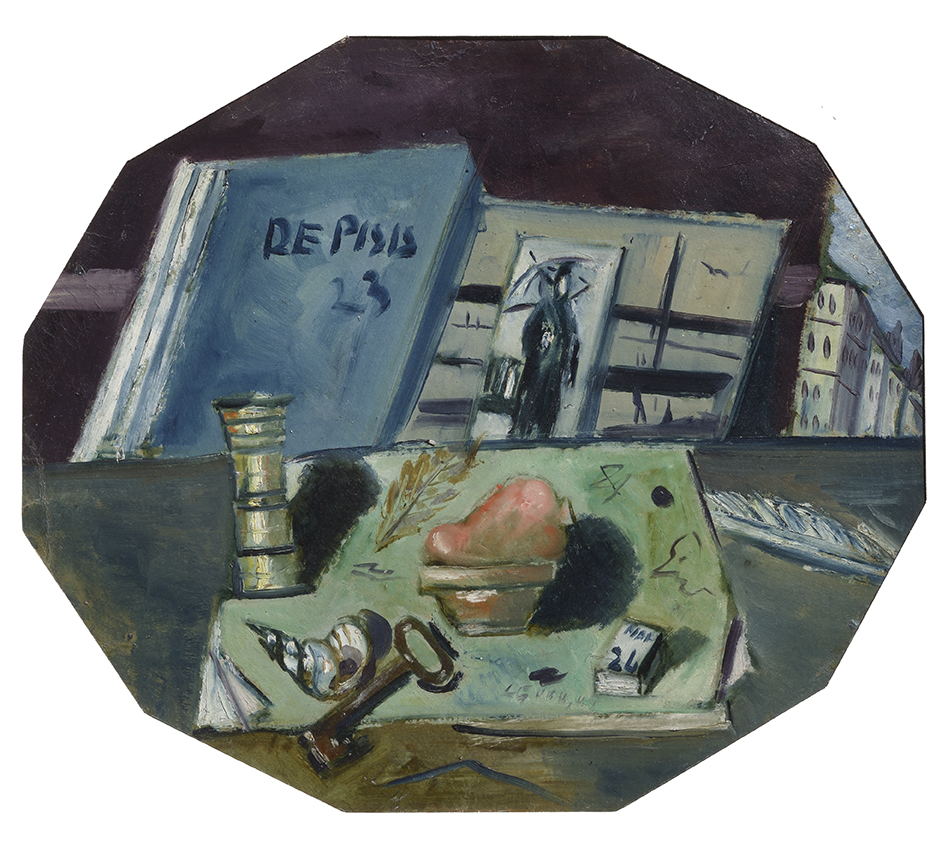 The Luigi Carlon Art Collection has often been the protagonist of international loans. And it will still be, supporting the natural opening of Palazzo Maffei to dialogue with institutions and museums in Italy and abroad. Among the works traveling in recent months, we note “Still Life with red heart and Japanese press” by Filippo de Pisis, exhibited at the Museo del Novecento in Milan, on the occasion of the exhibition De Pisis. This is an important work from Filippo de Pisis’s Roman phase, between metaphysical echoes, atmospheres typical of Magic Realism and painting with a vaguely Expressionist flavour. The elements of the composition are an autobiographical mapping with a strong symbolic density, immersed in a taut, suspended atmosphere. In the foreground appears a notebook with crumpled pages and other objects; at the centre, unexpectedly, a pottery jar with a red heart resting on it, like a discarded anatomical fragment. In the background, the artist reproduces his little picture with a seascape, on which rests a Japanese woodcut, while at the right we see a quill pen and a window open on a street scene. The painting, therefore, is not simply a still life, a pictorial exercise, but an intimate and autobiographical narrative of great poetic intensity.