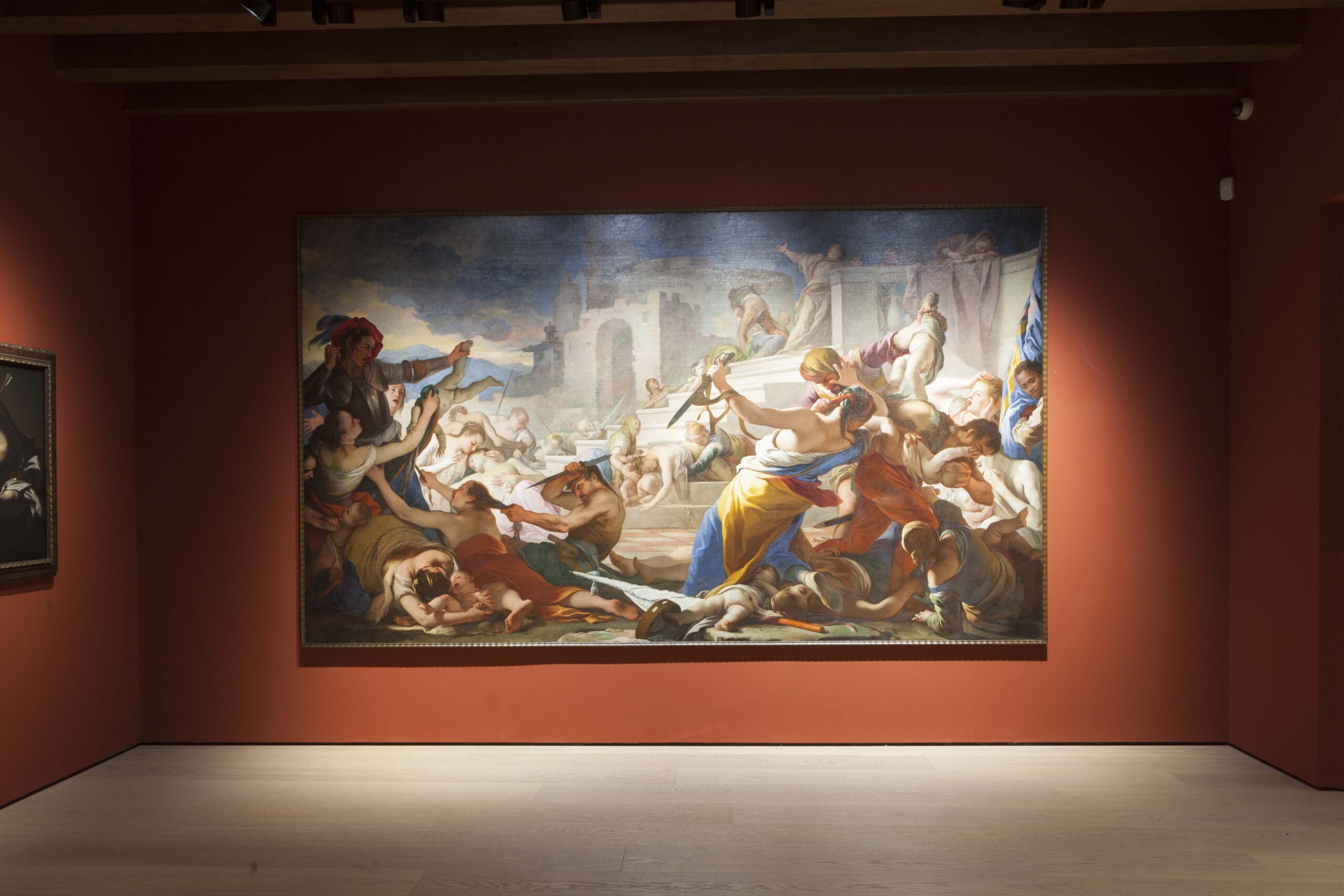 A careful restoration of the historic building and a conservative intervention of some important pieces of the collection was completed before the official opening to the public. One of those works is a large canvas by Simone Brentana depicting the Massacre of the Innocents, which, after a three-month long intervention, finally shines with its original glory, emotional intensity and theatrical power. This episode is narrated with extraordinary expressive power. The two groups of figures, separated by a staircase, are depicted in foreshortened poses and an extraordinary theatricality of movement. A murderous fury drives King Herod’s soldiers to massacre innocent children and the mothers who defend them, in a vain attempt to kill the newborn Jesus. The story, recounted in the Gospel of Matthew, had been a common theme in sacred iconography since the Middle Ages, becoming over the centuries a universal denunciation of violence against the defenseless. Some details are very modern and almost seem as if they were painted in the 19th century, while others, such as the soldier on the left with the feathered hat, recall in some ways the mercenaries of Manzoni’s The Betrothed. The painting, purchased in 1707 for 200 ducats by Count Leonardo Turco, is considered one of the masterpieces of Simone Brentana, who trained in Venice and then moved to Verona in 1686.